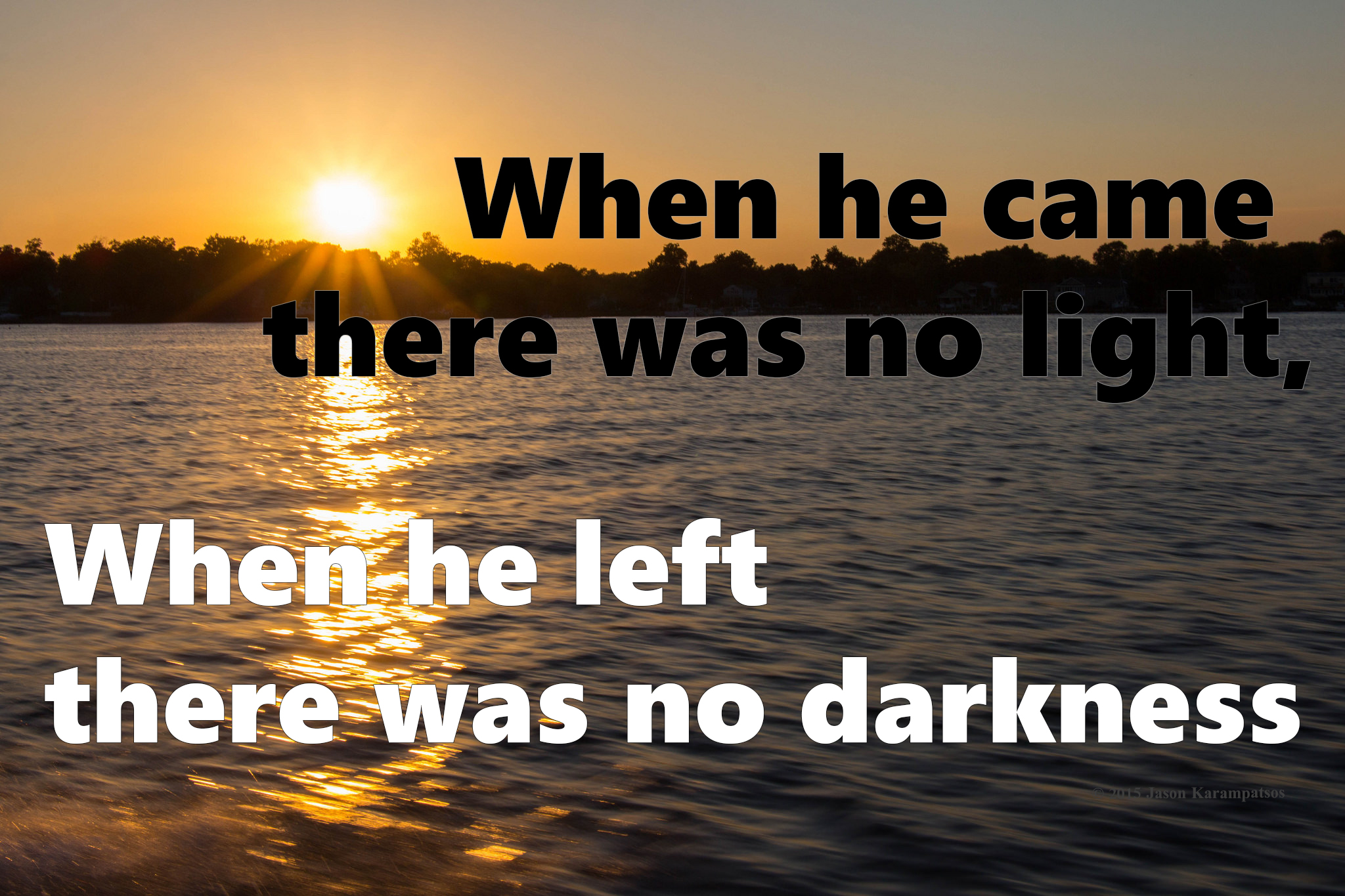 Would you be ready to go, never to return, so that you could bring light to where there is no light? Around the turn of the 20th Century a group of missionaries known as “One-Way Missionaries” left for the mission field and packed all of their belongings into a coffin and bought one-way tickets knowing that they would never return home.

A.W. Milne was one and felt called to the headhunting tribe of New Hebrides. Hebrides is a group of 500 islands in the northwestern coast of Scotland, and Milne knew that most missionaries before him had died as martyrs. God opened a door for him to minister to this unreached people group and after 35 years of one-way ministry he died on the missions field. The tribe buried him and put the following inscription upon his tombstone.

What will be said of you and I after our lives have been lived? What legacy will we leave behind? At the end of this day what difference will we make for those that are living in total darkness and need the light of Christ in their lives? Today you don’t need a plane ticket to find darkness, although that may be what God calls you to go, all you need is an open heart and the light of Jesus in your life that you are willing to share.